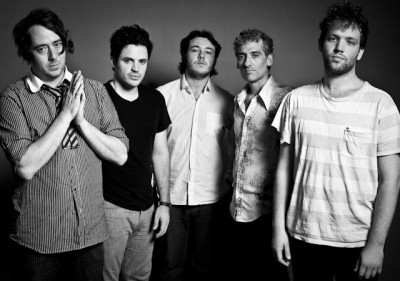 Up and coming New York band Caveman has created quite a buzz, despite only being together for a year. Premiering two new tunes with Nylon magazine and Stereogum will only intensify the hype.

“Decide” and “Easy Water” are just the first two of  more tracks Caveman plans to release, with “A Country’s King of Dreams,” a cut featuring country-inspired melodies and tribal drums, set to premiere on MTV Hive August 31, and “My Room” premiering at Rolling Stone September 5.

The band’s full-length debut CoCo Beware will be released on CD and vinyl November 15, but will be self-released by the group digitally on September 13 on their Magic Man! Records label. To further whip fans into a frenzy, respected radio station KEXP will feature the track “Thankful” as their song of the day tomorrow.

Caveman is currently on tour with The War on Drugs, but will be back in NYC for their digital album release show at the Mecury lounge on September 15. Download “Thankful” HERE, and view the band’s tour dates below.