WATCH: They Might Be Giants Perform On Late Night With Jimmy Fallon 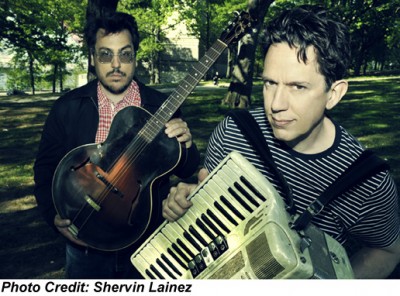 They Might Be Giants turned in an energized performance of “Can’t Keep Johnny Down,” the first single from their new album Join US, when they appeared on Late Night With Jimmy Fallon Wednesday. The duo will also make an appearance on Fuse TV’s “Hoppus On Music” today at 11pm/10c, and a  free concert for NYC fans at the Williamsburg Waterfront with Eugene Mirman, Patton Oswalt & more tonight. View the performance after the jump.