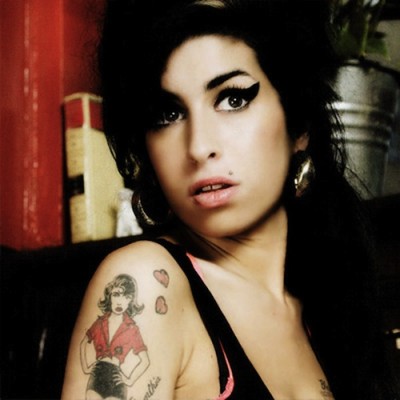 A very, very sad day for music. Amy Winehouse, a singer who was as self-destructive as she was talented, was found dead by London police in her home Saturday. She was 27 years old.

Police confirmed that the singer was pronounced dead at the home in Camden Square in northern London. The cause of death is not known at this time, but an autopsy is scheduled for Sunday, according to TMZ.com.

”Everyone who was involved with Amy is shocked and devastated. Our thoughts are with her family and friends,” said Chris Goodman, a spokesman for her publicity representatives. He said her family will issue a statement when they are ready.

“We are deeply saddened at the sudden loss of such a gifted musician, artist and performer,” the statement read. “Our prayers go out to Amy’s family, friends and fans at this difficult time.”

Singer and actress Kelly Osbourne, who helped Winehouse check into a drug addiction treatment facility in 2008, was one of many who grieved for the singer on Twitter.

“I cant even breath right now im crying so hard i just lost 1 of my best friends. i love you forever Amy and will never forget the real you!” she tweeted.

I loved Winehouse’s music, from the light jazz of Frank to the 50′s/60′s soul revival that was Back To Black. Besides her obvious vocal talents, her lyrics managed to gut-wrenching, witty, sarcastic and vulnerable all at once. But honestly I am also not surprised at this news, as Winehouse seemed to struggle with severe drug addiction from the moment she became famous. It’s so sad that we as fans won’t be able to get anymore amazing music from her, because I believe she had at least a few more great albums in her if she could’ve conquered her demons. I guess we’ll never know. Rest in peace Amy. Watch a few of my favorite Amy Winehouse songs/live performances below.