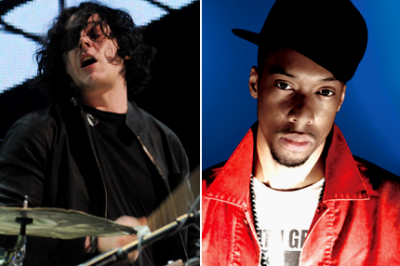 One thing you can say about Jack White is that he’s full of surprises. The former White Stripes frontman hooked up with Black Milk, performing on and producing the tracks “Brain” and “Royal Mega” two new tracks or the Detroit-based rhyme-spitter, the first rapper to be signed to White’s Third Man Records.

“Royal Mega,” which went today, is horn and guitar-driven track that morphs into a double-time groove that Spin calls “a funked-up vamp that recalls James Brown’s backing band playing at their hardest. Sweet!”