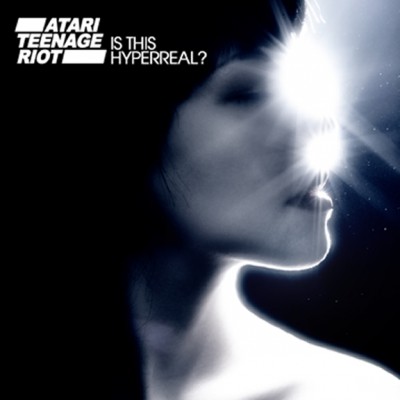 On their first new disc since 1999′ 60 Second Wipeout and adding new member CX KiDTRONiK, Atari Teenage Riot rage against any and everything that is corrupt in 21st century society. Fortunately they manage to fight the power with a ferocious sonic assault that is even danceable at times.

The band doesn’t waste anytime getting the revolution underway with opening track “Activate.”  Channeling  punk rock anarchy onto the dance floor, the track sounds like an electro-pop molotov cocktail, with grinding, distorted guitars and apocalyptic synths, while all three members take turns shouting down the corrupt state of society.

“Are you ready to testify,” Alec Empire and Nic Endo scream in “Black Flags” a diatribe against heartless corporations and the rich upper class. The song  veers between a sinister clatter of industrialized drums and bass and death metal riffs, spinning into a truly malevolent groove. Racism, social media addiction, government surveillance, the dangers of total digitalization–whatever ills seen or unseen, Atari Teenage Riot tackles them with righteous, and often affecting force.

It doesn’t always work though. “Blood In My Eye” lacks the urgency needed to match Alec’s fiery delivery, especially when dealing with a volatile subject like human trafficking, while the title track contains some interesting sounds but doesn’t add up to much.

Is This Hyperreal? really starts to hit its stride with “Shadow Identity.” Starting out as a dizzying hardcore/electro mashup with buzzsaw guitars and snares that fire with machine-gun velocity, the track abruptly switches to a midtempo synth pop with Alec crooning “Who do you want to be” over and over again in a tone that is almost seductive. “Re-Arrange You Synapses” promises to do just that, with chugging, pummeling guitar chords, chaotic sirens and a cavalcade of bludgeoning bass that is sure to dislocate a few frontal lobes.

“Digital Decay,” rides a maniacal groove filled with corrosive samples, with a fuzzy bass slowing buidling tension until the whole thing erupts into a monstrous dubstep-style explosion. What’s amazing is that the vocals rarely get lost in all of the cacophony, always finding a way to cut through the noise to deliver another shot of wake-up-and-smell-your-impending-destruction rhetoric. The fact that Atari Teenage Riot can attack such serious themes and still come across as having fun, avoiding a descent into stiff, pedantic sloganeering, is also a remarkable feat.

“We got to move,” Alec and Nico shout in “The Only Glimmer Of Hope,” but that politicized announcement almost seems unnecessary. The seething rage and aural intensity of Is This Hyperreal? almost dares you not to get up, get out and do something.