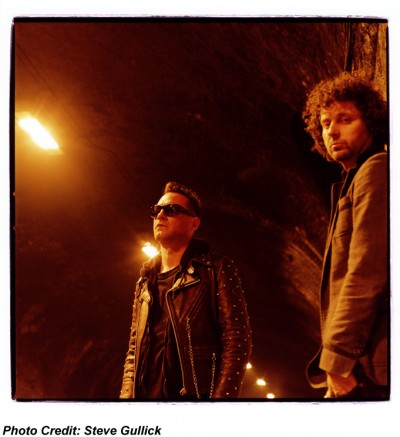 “It has a sort of Clockwork Orange-esque feeling about it. It follows the idea of taking the money and running — how vulgar and gratuitous we are financially at this point in time. The story follows the excesses of rich individuals preying on the weak and poor.” That’s how UNKLE’s James Lavelle described the band’s provocative new video for “Money And Run,” featuring Nick Cave.

Director Tom Haines says the clip isn’t targeting anyone in particular, but is using familiar imagery to drive home the “money is the root of all evil” message.

“It is not intended as a direct broadside to any particular politician, though borrows from the iconography and styling of the Bullingdon set who reign supreme,” Haines explained. “I suppose it’s a crude allegory, but in that sense it allows us to have a lot of fun with the scenarios and settings. The kind of fun that makes you feel uneasy in hindsight.”

“Money and Run” is from UNKLE’s latest release Only The Lonely, released back in April. Watch the video below (Warning: video is NSFW!)