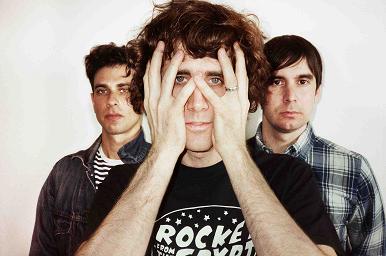 The Rapture have revealed details about their long-awaited third album. Set for release on September 6, the new disc, entitled In The Grace Of Your Love, was a collaboration with French producer Philippe Zdar, best known for his work with Phoenix and The Beastie Boys.

Recorded in Paris and Brooklyn studios, the 11-track album, has plenty for fans of euphoric dance-rock to devour, with songs full of synthesizers, pulsating drums pared against angular guitars. View the full tracklist below. Tour dates for The Rapture will be announced shortly.

Sail Away
Miss You
Blue Bird
Come Back to Me
In the Grace of Your Love
Never Gonna Die Again
Roller Coaster
Children
Can You Find a Way?
How Deep Is Your Love?
It Takes Time to Be a Man