Nas Confirms New Album Is In The Works, Praises Odd Future And Drake 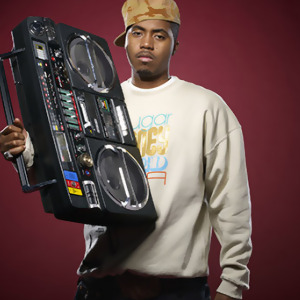 After the three years divorce and money troubles that followed his last release, 2008′s Untitled, Nas is finally heading back into the studio for begin laying tracks for his tenth album. The rap veteran told Billboard.com that he’s in different state of mind from his previous album.

“I can look back at my last record, and I know that some songs didn’t belong there. I really over thought it. There was a lot going on,” he said. The new school of rap stars such as breakout group Odd Future, and Young Money heavyweights Drake and Lil’ Wayne may have also inspired Escobar to record new music.

“I love Odd Future, Wayne, Drake, ‘Ye [and] Rick Ross. It’s something that threatens my position or it makes me question what I’m going to do next. What kind of impact do I want have now that I’ve been in the business this long,” he told Billboard.

“It’s a challenge, it’s scary even, but I’m very comfortable. I’m excited to see what comes out of me… I’m ready. My new album that I’m working on is free flowing,” says Nas . “At this point there’s not one concept that sums up the whole record, I’m just flowing.”

While he was mum on specific details regarding the album, Nas did mention that a collaboration with Odd Future’s Frank Ocean is  in the works. Watch the Billboard interview here.