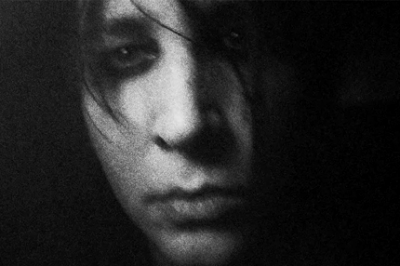 The world didn’t end last Saturday, but could the Anti-Christ be making his return to the rock scene? With his newly redesigned website and a short teaser of, in his own words, “an undisclosed song with an unreleased title” it looks the way for Marilyn Manson.

In a 26 second clip, the singer plays a few lines of the track,  an industrial-punk mashup with loads of feedback. And true to nightmare creature form, a series of eerie visuals accompany the short musical snippet.  Watch the video below, and read Manson’s interesting thoughts on May 21st’s aborted apocalyspe at the band’s official site.

I am among no one (excerpt from an undisclosed song with an unreleased title) from Marilyn Manson on Vimeo.