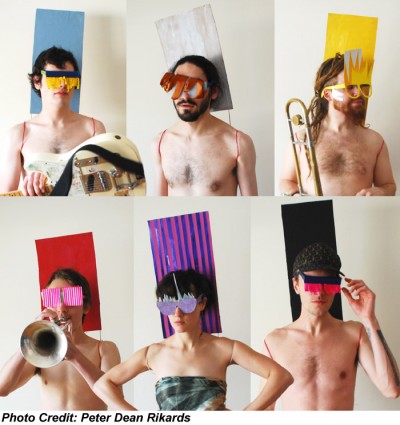 Brooklyn-based indie pop band Rubblebucket have dropped their latest video for the single “Silly Fathers.” Shot in New York City on Super 8 film, the clip follows the band on a march through Manhattan and the Williamsburg bridge before ending with a beach party on Long Island.

The band is joined by a colorful cast of characters along the way, including fire breathers, technicolor ghosts and construction workers. Does it sound odd? Yes. But coming from the group that produced the wonderfully wacky video for “Came Out Of A Lady,” named “Best Lo-Budget Video Of 2010″ by The Deli Magazine, you’d expect nothing less.

“Silly Fathers” comes from Rubblebucket’s new album Omega La La, which comes June 21. The group is currently in the midst of winding down a massive North American tour that ends in September. Tonight they play a gig in Denver at Cervantes. View the tour dates and take a look at the video for “Silly Fathers” below. You can also download the song here.