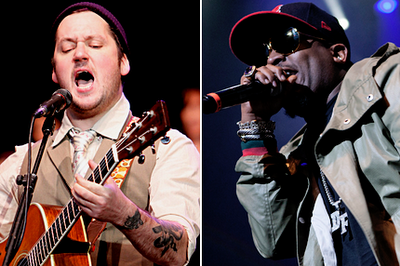 Indie rockers Modest Mouse are back in the studio working on new songs for their first album since 2007′s We Were Dead Before The Ship Even Sank, and having managed to wrangle Big Boi to collaborate on the new tracks, according to the rappers’ Twitter account.

“Been camped out in the Lab with Modest Mouse all week, workin on the new mouse LP, coolest cats ever. Long Live The Funk,” he tweeted. The rapper also tweeted that producer Chris Carmouche, who worked on Outkast’s Speakerboxx/The Love Below is also in the studio.

While the band hasn’t revealed when their album will be released they have teasing new material. Watch a performance of an untitled song on the online series Don’t Move Here which documents the Portland music scene. The performance occurs at around the 7:56 mark.